Given a chance to become a fashion model for a day, would you accept the offer? The answer is probably ‘yes’! Because who does not want to indulge in luxury, become rich and have millions of followers on Instagram like Kendal Jenner and Gigi Hadid? However, the life of fashion models is not as glamorous as it appears on the pages of newspapers and the runway. Supermodels to freelancers – almost everyone in the industry has faced harassment, discrimination, degradation and abuse. Models hide mistreatments and violations for fear of work loss, black-listing, and industry cancel culture. Devoid of enforceable mechanisms for human rights protection – the fashion has thrived in human rights violations.


A survey carried out on Quora and Reddit reveals that 98%Models do not earn a fair wage, and they are constantly forced to work without pay. The pay is never on time, and modelling agencies often try to manipulate and cheat the models out of a fair percentage.

“Pay in the nicest way possible is an absolute joke,” said a model based in the U.K. who has worked part-time in London and mainly in India. She added, “there is a stigma that modelling is an easy job, and thus you do not deserve to be paid that much. When I first started modelling, I remember a client who said they never paid models.”

She shared the experience of one of her friends, saying, “Her agency never paid her, and she is now fighting a lawsuit against them. Some agencies have a reputation for not paying models.” She added, “agencies know whom to pick because they know that the models are desperate and will stick around as they need the money, no matter how little.”

Another model having experience of more than three years as a freelancer, said, “They make you work like horses and do not pay you enough, even when you are experienced. Furthermore, payment is never on time and is rarely in cash.” She added, “Unless you have a big agency backing you up, they also do not care about working hours.”

Speaking on constantly receiving undignified and inhumane treatment, she noted that clients expect models to remain hungry during the shoot. “They think that you are a robot,” she said while talking about an experience with a “shrewd” client who would not allow her to eat, drink or use the washroom without asking them. She also added that some clients expect them to change in front of everyone after wearing a tube bra and boy shorts underneath. “We are also human beings and deserve some respect,”. 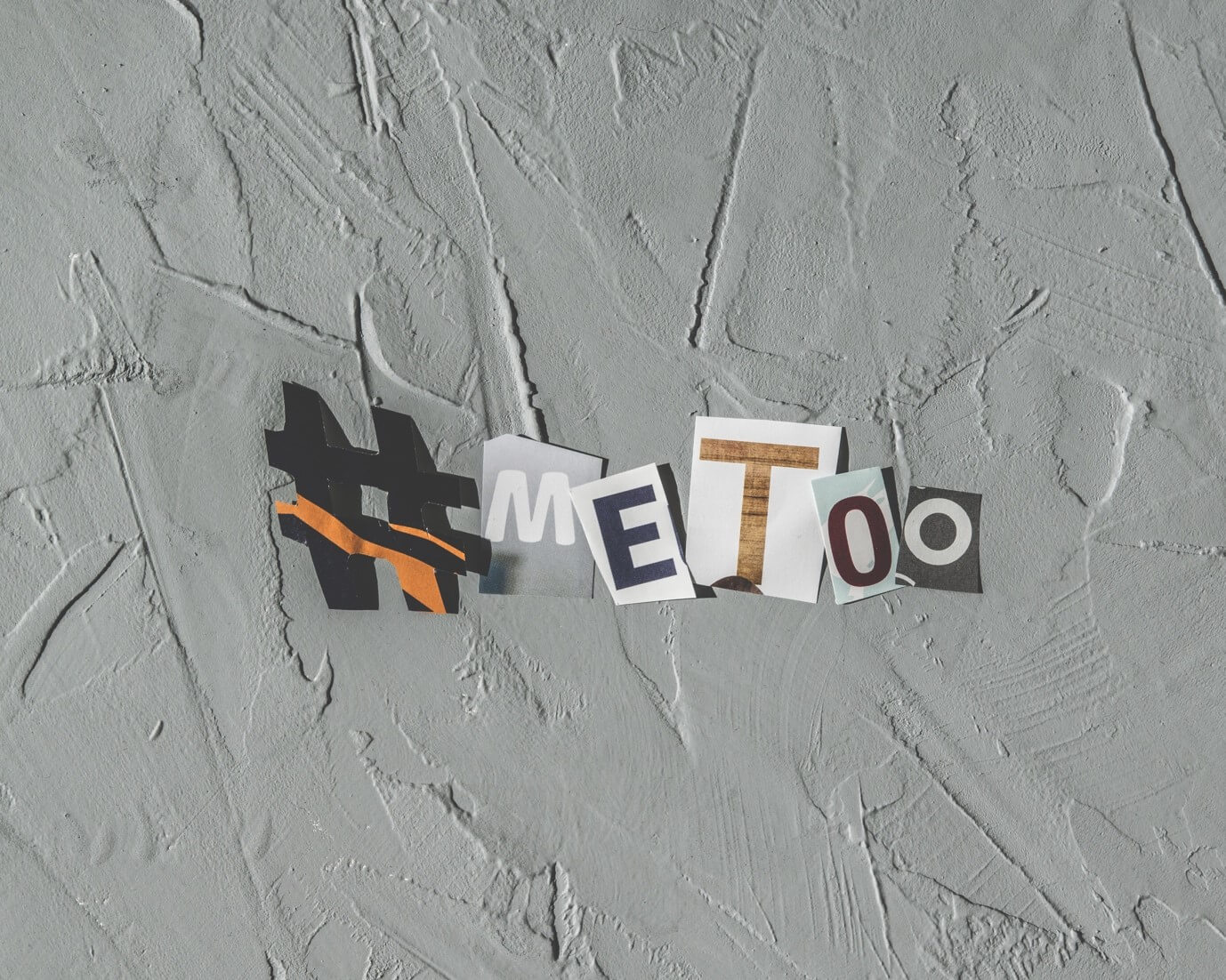 Both models shared their experiences with sexual harassment.

“I faced sexual harassment in the very first shoot I booked. It was a test shoot with a photographer, and he tried to grab me by my breasts and kissed me on the cheek, she recalled. “It was a horrifying experience for me. I got so scared that I did not try anything new for another two to three months. It was hard for me to get over it and try to meet new people because I thought everyone would behave the same way,” The model shared that the incident affected her mental health, and soon after, she was diagnosed with anxiety.

Another model revealed that “casting couch” and escort services were rampant in the industry, and models were forced to engage or forfeit a booking.

“The casting couch is a huge problem – sex for work favours is a thing in the industry. Because we sell our looks, they question our character and think we would be okay with giving sexual favours for money. For extra cash, agencies push models into engaging in escort services. She added. “In the Indian industry, it is mainly done with girls from other countries – girls from Russia and Ukraine. They are used as escorts, and the agencies take full advantage of the fact that they are unaware of the language and the traditions of the country they are in.”

An Industry Not For the Fragile


In addition to the sexual harassment that scars models and makes it difficult for them to trust people, devaluation of bodily integrity and autonomy are prevalent in the industry.

The interviewed models shared that agencies and clients often monitor their physiques and ask them to gain or lose weight. “I started intermittent fasting and used to eat only once a day which was not very healthy for me,” said one model. She also has anxiety, is on medication and has depression.

“When anybody comments on her looks or body, “it drives me crazy, and there is hardly anyone in this industry with whom I can talk about these things. I am afraid that if I confined fellow models about my challenges, I would be exposed, and my career will end.”. it could affect her career. She said that the industry had helped her in many ways and took a toll on her mental health. “If you are doing mentally good and aware of yourself, you can only work. Otherwise, this is an industry not for the fragile,” she added.

Another female model added, “we are selling our physical appearance and commercialising how we look. We are competing with other girls for work. So, we end up being overly critical of our bodies.” She also highlighted, “An agent will tell me what I should do with their body, and I think this is unhealthy”. She suggested that agencies should do better and not be so critical of girls’ bodies and physical appearances. “There is much pressure on models to fend for themselves. There is a fear of not getting consistent work and not having consistent money coming in. She added.

Lack of Laws and Policies for the Protection of Models in the U.K.


The British Fashion Model Agency Association (BFMA) is a trade association in the U.K. affiliated with the British Fashion Council. It has drawn up a code of conduct for models, agencies and clients. It lays down a set of rules which needs to be followed, although it does not have an enforcement mechanism. An interesting rule regarding the consumption of alcohol in the code of conduct states, “Alcohol can lead to tiredness because it is a sedative, not a stimulant. It is also a diuretic which increases urine production – not good in a model’s busy schedule.” Alcohol should indeed be consumed within a limit. However, it is noted to increase urine production, and curtailing a model’s freedom because it means increased use of the toilet while working is worrisome. It reflects heavily upon the nature of such work, the undignified treatment of models by the agencies meant to protect them.

Unlike France and Spain, the U.K. does not have specific legislation banning certain acts concerning fashion models. Although Article 8 of the Human Rights Act 1998 protects against physical and mental suffering, degrading and inhuman treatment. However, the act can only be enforced against public and private authorities carrying out a public function.

When a model enters into a contract with an agency or an employer, such a contract is protected under the Employment Agencies Act, 1973, the 1999 Minimum Wages Act, the Time Regulations legislations, and the Sex Discrimination Act, 1975. The Department for Business Innovation & Skills also governs agencies’ conduct and protects model rights. Outside of domestic law, the European Convention of Human Rights (ECHR), to which the U.K protects an individual’s right to life, right against forced labour, freedom of assembly and association, right against discrimination, and prohibition of abuse of rights.

Despite London being a fashion hub, neither the U.K. government nor the British Fashion Council has adopted a model law to promote body positivity, mental health, regular pay and human rights for the models. In Denmark, the fashion industry has adopted a strict code of conduct.


Active campaigning for legislation protecting models has begun, with many human rights organisations recommending that conclusive legislation be adopted in the U.K. In the wake of the Weinstein controversy, the BFMAA also set up a confidential helpline for models to share their experiences against sexual harassment and seek help.

While fashion agencies and associations worldwide have implemented specific codes of conduct to protect models. Although these codes are not uniform, they provide minimum protection standards for model bookers to adhere to while booking models to work in different countries. The Body Mass Index limit, which violates the right to autonomy, still differs from country to country. These baby steps are welcome, but enforceable legislation would be most effective, especially in the U.K.